Babylon 5 Season Three: “We Rise and Fall Together”

Babylon 5 has gotten a shiny new remaster released on HBO Max and digital storefronts, which makes it a perfect time for me to revisit my critical analysis of the series. I began the project years ago, picking up in season two when the series really took off, and now I’m continuing on into Babylon 5 season three.

I’ll warn you now, if you’re looking for apolitical analysis, I will not pretend this is what you’ll read here. Political and cultural insights are the key to understanding popular culture, literature and other artwork, thus my view of Babylon 5 is painted by both the period where it was written and aired and the current. If you enjoy my books and share different political views than I do, you’re more than entitled to that. I am a lot more explicit on my personal social media about my views than I am here on this blog, but sometimes it’s not possible.

Such as reviewing a 25-year-old television series. I know. I know. I’m sorry. Let’s continue talking about Babylon 5 season three.

There’s no way of candy coating what Babylon 5 delves deeply into, which is totalitarian rule, restriction of freedoms and oppression through nationalism, xenophobia, fear-mongering and everything else in the book. While perhaps meant to be a more moderate take on the idea of totalitarianism, as it exists across the left-right spectrum, Babylon 5 seems to point more towards a critique of fascism and we see that with the creation of the Nightwatch.

A new “political officer” arrives on B5 while Draal, the alien strapped into an ancient machine that allows him to be a hologram while experiencing space and time differently, appears to Captain Sheridan to offer his assistance in calling some of the “first ones” to arms against the Shadows. This political officer is a beautiful blonde woman with a very clear agenda to make Earthgov look as great as possible. She’s an agent of the system, and she’s there to ensure that Captain Sheridan falls into line and lead the Nightwatch.

We get to laugh at Zack Allen’s poor-fitting shirt, which was a running joke among Usenet and email listserv fans of the series at the time. This is really the first science fiction series I can think of off-hand that had this sort of connection with an internet fandom through much cruder means than now and I can’t complain about playing off of a joke like this and giving fans a nod. Zack is pulled into the center of this conflict in a hurry, though, as he’s Garibaldi’s number one guy and joined the Nightwatch out of a sense of obligation to Earthgov, now finding himself in the middle. The political officer does not think he’s charming whatsoever, although makes it clear she has eyes for Sheridan. Of course she does, right? It wouldn’t be science fiction without the leading man getting all the girls.

Sheridan’s plan to search for the first ones is put to a halt by a need to meet with this political officer and keep her busy, instead sending Ivanova in his place, thus jacked into Draal’s weird machine where she traverses space to look where the first ones should be. Of course they aren’t there, it’s the Shadows and because of this psychic projection if she doesn’t turn around she can die and… okay, she’s fine, and as a little goody for doing such a good job, she’s able to psychically pick up on a recording from President Clark the day of President Santiago’s death, speaking about how he always wanted him gone, with the disembodied voice of Mr. Morden assuring him everything was going according to plan and he had control now. Because Susan is a telepath and has hidden it her whole life.

Ivanova returns as a holograph to find Sheridan and a topless political officer, while Sheridan is trying to get her to put her damned clothes back on, only to be forced to make out with her to avoid her seeing Ivanova materializing in his room like that. Oof, right? Anyway. Sheridan excuses himself, speaks to Ivanova’s hologram in the other room while she makes double entendres galore, and he’s told she’s found pay dirt.

Upset by Sheridan’s refusal to succumb to her advances to keep him in line, she unveils to the Nightwatch the chilling scope of their additional duties, with limitations on anyone who criticizes the government and talk of purging disloyal members of Earthgov. When Zack shares concerns about this and asks if it extends to regular citizens, she explains all they need to do is monitor them, then report it and Earthgov will take care of it.

That doesn’t sound awful or anything.

Sheridan reviews the recording, shows it to Garibaldi and sends it along to General Hague, who he respects and believes will do the right thing with it. Ivanova takes Marcus as a translator aboard the White Star to call on the first ones, playing up their disdain for the Vorlons to secure their help, and we’ve got ourselves another ally in the war against the Shadows when the video leaks. Our new political officer is forced to return, where an apprehensive Zack asks her what a Code 7R is, the code Sheridan and them have been using for secret meetings, only for her to say she didn’t know.

Episode ends with G’kar awakening Garibaldi to hand him the Book of G’quan to read.

Nightwatch have turned into jackbooted goons, much to absolutely no one’s surprise, harassing shop owners much to Sheridan’s disdain. A guy goes crazy in downbelow and guess who’s coming to dinner? Everyone’s pal Bester!

I’m not gonna get too deep into this episode’s happenings, but the basic idea is Bester comes to investigate a drug called “dust” that gives user’s psychic powers. Can’t have that now, can we? They neutralize Bester with Minbari telepaths and force him to take a pill to block his powers. Most of the episode is Garibaldi/Bester as buddy cops that don’t like each other but seem to work well together to track down the dust.

Only the dust finds its way to G’kar, who wants to use it on his own people in an attempt to breed Narn telepaths, which he believes is vital to his people’s sustained existence in a galaxy where every other major race has their own telepaths. G’kar tests the product himself and, well, he goes a bit insane, heading to Mollari’s quarters, beating up a visiting Vir to gain entry and then beating the snot out of Londo and kidnapping him.

What happens from there is G’kar inhabiting Londo’s mind and visiting his memories, including when he was originally given the shame of the role of Ambassador to B5. Nobody else wanted it and the emperor gave it to him as a punishment for being so mediocre. G’kar found this hilarious. What he didn’t find hilarious was Londo’s talks with Mr. Morden. Londo shows initial regret over the deaths of the Narn, as we remember, then jokes about destroying all the Narn. G’kar went into a rage over this, and it seemed pretty likely he was going to kill Londo, who begged for his life.

What happened from there was G’kar was stopped by his own conscience, in the form of his father hanging from a tree where they engage in a rather existential conversation and his dying father urges him to change course, that the path he was on would only lead to the death of all of their people, perhaps even the Centauri as well.

“We rise and fall together. And some of us must be sacrificed if all are to be saved.”

The image of G’Lan, a religious figure that appeared to the Narns when Kosh removed his suit to save Sheridan, appears and G’kar comes down from the drug to find himself in the room with an injured and scared Londo, while Kosh stands in the background and walks away. G’kar is put on trial where he refuses to absolve himself and admits to everything he did wrong. Sheridan and the crew try to stop him from doing this, but he’s fine with it.

He gets 90 days in the brig which, look, for trying to kill an ambassador, that’s not too bad. He agrees.

Bester meets another Psi Cop on the way out where it’s revealed “dust” is a creation of the Psi Corp, and Bester’s mission was to get it out of alien hands. Well, part of his mission, the rest was to find out what Sheridan and co. knew, but he said he’d get it sooner or later.

There’s not a ton in this episode. It’s relatively self-contained about Marcus and the people of the station.

Marcus is pals with a sick man who runs a shop and said man disappears. At the same time, Doc Franklin found a dead man with an alien parasite attached to his spine. Since nobody else will help Marcus, he turns to Franklin, who has some time to kill and the two end up imprisoned by a burgeoning cult of some alien parasite. Duncan, the shopkeeper from before, reveals himself to Marcus and says the alien, Vindrizi, are the keepers of history that fuse with other living beings to survive and carry the history of all things with them.

The newly promoted Lt. Corwin is to be vetted by Ivanova for the “Conspiracy of Light” and Susan does not know how to approach him about it and he mistakes it for a date. Zany hijinks ensue as he buys her roses, then pretends he found them on the ground only for her to reveal she loves roses. D’oh, Corwin! You fool! She offers him illicit coffee and asks if it bothers him to break the rules and he’s so flustered that he’s on a date with his superior officer or that she’s trying to trip him up that he just basically says he loves Earth and would do anything for Earthgov, which isn’t what anyone wants to hear.

Marcus and the Doc escape, only to come to an understanding with the Vindrizi when Duncan removes his parasite to confirm he chose the parasite but can never have it back again. C’mon, Marcus, get it together. They come to a mutual understanding where Franklin would help the Vindrizi and anyone looking to have a parasite installed and there’s something to be said for understanding people’s beliefs and willingness to give up their own lives for something they believe to be bigger than themselves.

Susan is not happy when she concludes Marcus sent her the flowers and tosses them at him, who again takes this as a sign of affection from the rough and tumble Ivanova.

A lot of these episodes were there to get things into place for what’s about to happen. Some may seem minor and ho hum, but the idea is to get the players into position for what will be major conflicts. G’kar knows about Londo. The Nightwatch is becoming worse. The truth is out about the president. An alien parasite that documents history has taken an interest in humans. Corwin is a dork. Marcus is good under pressure. Most of these things are being established here for a reason. 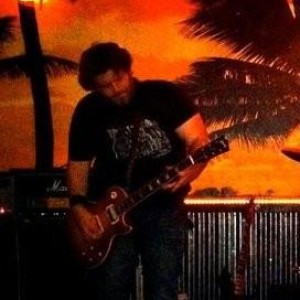